The dawn of the Covid-19 pandemic prompted a profound public health crisis on a global scale. The unprecedented lockdown, the uncertainty of the JOB, and the terror of COVID contraction put the majority of individuals on the verge of a mental health emergency. Not only has this created panic among nations but according to the Jama Network, the signs of depression historically go up threefold in the USA.

Amidst all of these affairs happening, the healthcare experts predicted the dire consequences of COVID-19 in people with the fragile immune system.

The news has created an intense debate on finding ways to rectify the internal defense system – after all, it was the only way forward to stave off the  Corona.

I vouched people meticulously scanning for herbal agents to help them with their immune system – and, of course, I wasn’t the exception to that.

Fortuitously during the initiatory Covid-19 pandemic – I received guidance from an Indian functional medicine expert M.K Khurana – BAMS & ex-medical officer Delhi. He introduced me to a golden milk latte – which has been used for thousands of years in India. I was told that this panacea is prominently used due to its advanced medicinal benefits & that it is like a treasure trove for boosting the immune system.

Soon after I dived deep on the World Wide Web to behold the veracity behind the assertions. Shortly I learned about the divine restorative significance of this simple Indian latte – and of course, Science substantiates their claim.

Here’s What I Learned About Golden Milk

Ancient Indian wisdom is guiding the world in terms of using alternative remedial agents. Such an alternative agent is turmeric milk which is a traditional beverage originated in India long back in ancient times. Milk, Curcumin, Black Pepper are the central ingredients of this latte.

The recent decade has witnessed a global spike in Turmeric milk popularity. The time it was acknowledged by the Western people soon after it was considered to be a superfood.

To get maximum benefits we recommend you to incorporate Dr Sebi Diet. As it is a purely plant based diet.

Top Spices That You Should Add In Golden Milk

Turmeric is a must-have ingredient in Golden Milk – It bestows the milk a golden-like hue. Adding Black Pepper will substantially boost the nutritional value of Curcumin. If you have an option to add a few leaves of Holy basil you are good to go to unleash additional therapeutic values of this latte. Also, Cinnamon, Almond, and Ginger must be added to this recipe.

Use a little sweetener if you find the taste of Turmeric overpowering.

The Making Of Golden Milk

Golden Milk is an increasingly nutritious recipe yet the making process is so simple. You can commence making this latte by pouring any of the above-said non-dairy milk in a pot.

Start by heating the milk on a low flame until it simmers. Then add 1 teaspoon of Turmeric,  a pinch of Black Pepper, ½ grated Ginger, ¼ Cinnamon Powder, grounded Almond, 4 to 5 Leaves of Basil, and 1 teaspoon of Honey (Optional) into it.

Let the mixture be simmered for about 7 to 10 minutes then take the flame off. The last step is to strain the latte and stir it to a tolerable temperature. You are now ready to take the benefits of this powerful milk latte.

Turmeric’s anti-inflammatory benefits are attributable to the compound Curcumin but our body finds it hard to absorb curcumin thoroughly. Though Black Pepper has an element called “Piperine” that can potentiate your Curcumin absorption by 2000 percent – study finds. Ginger, Holy Basil, and Cinnamon further augment the anti-inflammatory properties.

A Clinical trial finds Curcumin as an effective alternative substitute for modern anti-inflammatories like Aspirin and Ibuprofen. Another review helps us understand more about Curcumin where 45 Rheumatoid Arthritis patients obtained better outcomes than with Diclofenac Sodium – A Nonsteroidal Anti-inflammatory Drug.

A recent study is hopefully looking at Curcumin not only to prevent the Covid-19 spread among people but also to escape from covid induced inflammation. All evidence suggests that golden milk is a strong anti-inflammatory emissary.

No matter what spice you choose, you’re gonna be making your immune system so strong.

Whether you are aimed at fading down the influence of the Corona Virus or having a long fight against Herpes infection – All you need is golden milk. Curcumin can potentiate your inner strength against the Herpes Virus.

Professor Shailendra Saxena, who is the head of the Centre for Advanced Research at KGMU proclaimed that Black Pepper and Turmeric effectively block the entry of Covid-19.

When the whole world is anxious – the anxiolytics of Golden Milk are securing the vogue amidst Corona Pandemic.

Now people are incorporating Golden milk into their daily nutriment. Evidence from a leading health journal proposes Curcumin as a viable alternative to counter the  Depression. In a study, Holy Basil wielded strong antidepressants equivalent to modern antidepressant drugs.

Cinnamon is exceedingly good at enriching your cognitive function – According to Wheeling Jesuit University. It advances the brain function thereby curtailing anxiety and depression.

A cup of this milk latte every day can let you deal better with Corona induced Depression.

This Turmeric Milk has a plethora of nutrients and minerals that you may require for developing the next level of the digestive system.

Despite being limited in bioavailability yet Curcumin opens new doors in managing a broad spectrum of digestive problems. It targets the organs of the digestive tract and relents the inflammation if there present any.

It bolsters Intestine, Colon, and Bowel by nourishing them with its nutrients. Continuous ingestion of Turmeric milk after having a diet in the night can substantially promote digestion and avert dyspepsia.

You can employ Golden Milk latte to relent flatulence, the feeling of fullness, bloating, jaundice, intricacies of Irritable Bowel Syndrome, Gastritis, and other gastrointestinal crises.

Doesn’t it seem like a panacea for all digestive problems amidst Corona? Mull Over!

Keeps Your Allergies At Bay

Note: Avoid adding Cinnamon, Basil, Black pepper in Turmeric milk if you find yourself allergic to it.

Heart diseases are at surge and are a prime cause of mortality worldwide.  Cholesterol is directly connected with heart health that puts you on a verge of developing Coronary artery disease.

Many natural spices are thought to alleviate LDL level Turmeric, Black Pepper, Cinnamon, and Basil are a few of them. Piperine, an active chemical in black pepper, protects against triggering cardiac arrest.

Turmeric Milk Protects You From Carcinogen

The anticarcinogenic attribute of Turmeric, Black Pepper, and Ginger is adequately documented in diverse health journals. Ingestion of Black pepper and Turmeric concomitantly halt the progression of carcinogenic cells.

There has been a rise in multidrug resistance in carcinogenic  patients which of course is a great challenge before medical science. Though, piperine seems to be a doable solution for this problem.

Curcumin might cause the cessation of a Carcinogenic cell and prevent them from returning. 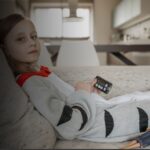 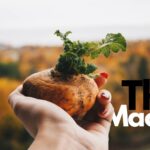 Next post Maca Root: The One Herb With Incredible Health Secrets
0 Shares