In the opinion of the late Dr. Sebi, wild Sarsaparilla can deal with almost all types of skin infections. Let it be Psoriasis, Eczema, or Herpes infection – the Sarsaparilla plant is capable of treating all of them. Evidence suggests that this medicinal plant kills the herpes virus and blocks the mechanism that supports its replication.

It is no longer a secret that the herbs that come from nature play a key role in making human health optimal & disease-free. They have the possession of important medicinal & restorative constituents that grant you the ability to better avoid deadly ailments. In addition, herbs are employed to prevent many deadly ailments in most corners of the world.

We’ve selected one such kind of herb that according to science, holds divine therapeutic benefits. We’re speaking about the Sarsaparilla plant. Dr. Sebi and the latest scientific evidence indicate its use in diverse health complaints including the Herpes Virus. Let me educate you more about Sarsaparilla & what is Sarsaparilla good for.

Sarsaparilla is a woody plant mainly grown in the tropical regions of the world. This plant is native to Jamaica, Honduras (Dr. Sebi Born Here), The Caribbean, South America, West Indies, and Mexico. Some traces of the Sarsaparilla plantation can also be found in the South Asian region, mainly in the Indian Subcontinent.

Indigenous people have been using wild Sarsaparilla root for centuries to treat different kinds of ailments. They praise its incredible medicinal benefits.

The Sarsaparilla plant has even got itself registered as a herb in the United States to treat Syphilis. Also, many clinical trials advocate its use in preventing Cancer and reversing many skin infections.

Dr. Sebi, who passed away in 2016, used this plant to cure Herpes, Cancer, Lupus, and many other chronic disorders. Dr. Sebi stated in one of his interviews that wild Sarsaparilla is abundant in Iron which attracts every mineral to it.

We are listing some amazing benefits of the Sarsaparilla plant that according to science is proven.

Biomedicine & Pharmacotherapy released a study to provide information about the potency of Sarsaparilla root for Psoriasis treatment. The researchers learned by this study that the Sarsaparilla plant has Astilbin in excess which is a viable substance for treating Psoriasis. Astilbin inhibits the lesion formed by Psoriasis.

In the opinion of the late Dr. Sebi, wild Sarsaparilla can deal with almost all types of skin infections. Let it be Psoriasis, Eczema, or Herpes infection – the Sarsaparilla plant is capable of treating all of them. Evidence suggests that this medicinal plant kills the herpes virus and blocks the mechanism that supports its replication.

It has enormous iron content in it – suitable for the nourishment of your skin cells. Wild Sarsaparilla once examined by Korean researchers found that it has properties that can slow down the progression of aging & make your skin healthier.

Cancer is a leading cause of death across the globe – WHO estimates over 10 million death cases in 2020 alone. Recently Nick Cannon’s five months child died of Brain Cancer – BBC reports. This tells us that not even an infant is safe from Cancer.

Therefore, The importance of taking measures to prevent Cancer is necessary & is the need of time. The good news is – you can drastically reduce your risk of Cancer with the Sarsaparilla supplement.

Many studies have conclusively documented that the Sarsaparilla herb has strong antitumor activities. Its active constituents do not allow Cancer cells to disseminate to other body parts.

Giving attention to this study helps us understand that many active compounds (Astilbin, Apigenin, Taxifolin, and Alkaloids) of Sarsaparilla have chemopreventive functions meaning that they stop cancer from developing.

In this study, Sarsaparilla root was found involved in destroying the liver cancer cells. It is further noted that the Sarsaparilla plant also protects the liver from various liver damage.

Here we must note that Dr. Sebi has long back identified the therapeutic benefits of Sarsaparilla root for Cancer treatment and the science has recently substantiated Dr. Sebi’s observation.

Arthritis can cause serious inflammation with a sharp pain in your joints. It can be so annoying to live with. You may find it hard to complete your daily task or even walking can be so difficult. It may also restrict you to a bed where physical activities are absent.

Conventional drugs may not be the right treatment for arthritis because when you stop eating them the inflammation and pain may again occur. Moreover, western medication is documented to have some serious side effects and you don’t want to have them for yourself right?

#4 Sarsaparilla Is A Great Synergist

Dr. Sebi noticed that Sarsaparilla helps the body absorb more nutrients out of the herbal supplements and that the abundance of Iron in it attracts all minerals to it. Dr. Sebi then used Sarsaparilla in a variety of herbal preparations to increase their bioavailability. He mainly used Sarsaparilla for Herpes infection and to treat cancer.

Now Sarsaparilla is a scientifically proven herb that acts as a “Synergist”. Probably Saponin is an active compound that increases bioavailability.

So the next time, don’t fail to add some Sarsaparilla root extract to your herbal supplement.

The Scientist’s community sees Sarsaparilla benefits in liver diseases as well. They have conclusive evidence that the Sarsaparilla root protects the liver from different ailments.

It exhibited strong hepatoprotective action – meaning that it repairs the liver tissues and makes them healthy. This study also concludes that it can reverse the hepatic damage and thwart the further progression of liver diseases.

Many types of analyses are still in progress to determine other benefits of Sarsaparilla root. Many think that it may have side effects. But this is not the case, however. According to scientists, Sarsaparilla side effects do not exist until or unless you eat them in a large quantity.

How To Consume Sarsaparilla Safely?

Besides Sarsaparilla tea, you can orally take either Sarsaparilla root powder or Sarsaparilla leaves powder with lukewarm water. To add some sweetness, but manuka honey into the water.

What is Sarsaparilla used for?

From the common cold to Cancer treatment this potent herb has been traditionally used in a vast range of diseases. It underpins your immunity and makes you less vulnerable to many diseases. It is a very effective supplement to prohibit Psoriasis flare-ups.

Different sarsaparillas may have different tastes hence it depends on what Sarsaparilla type you are using.  Some may mimic the taste like Licorice others may taste like wintergreen. Indian Sarsaparilla has a unique taste than other variants of Sarsaparilla plants.

Where to Buy Sarsaparilla root? 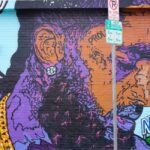 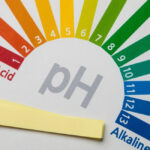 Next post Alkaline Diet: The Diet With Healing Touch
0 Shares

DR. Sebi: The Legacy of The Great Healer

Dr. Sebi Backed Diet Will Go A Long Way – And Could Even Reverse Chronic Diseases