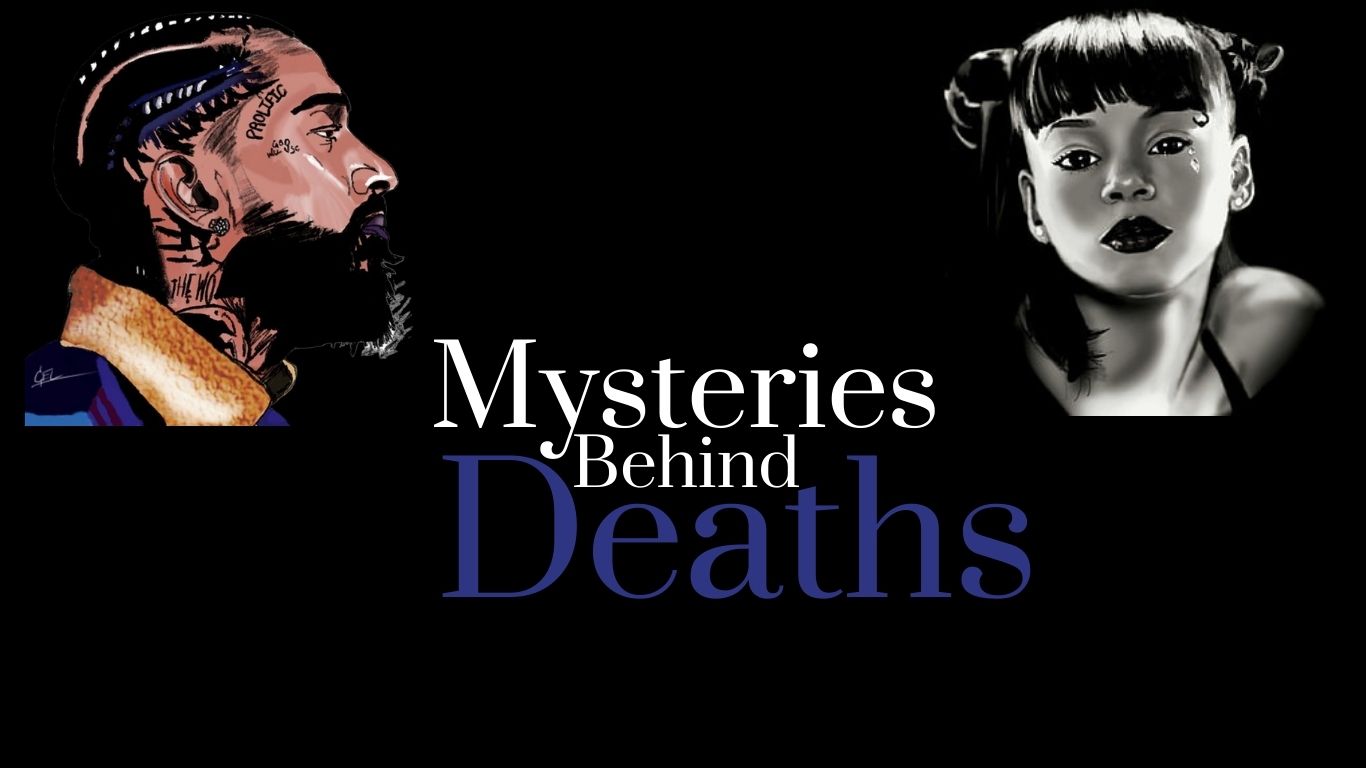 Dr. Sebi was a very respected Honduran herbalist who died in 2016 while in transit to the hospital. He was reported to have terminal pneumonia by several media outlets.

He is now better remembered for his divine contribution to herbalism. His fondness for herbalism earned him much respect in society and everyone started believing in his legacy.

But, his immense popularity & medical claims set off a series of conspiracies against him. He was arrested several times by law enforcement officers for making deceitful medical claims. But every time, the high court found Dr. Sebi not guilty and set him free. Dr. Sebi won every single case filed against him.

Sadly, many of those celebs were found dead under dubious circumstances. Whether you take note of Left eye death or the shooting incident of Nipsey Hussle – you can sense bloody mysteries to all occurrences.

The Suspicious Death of Left Eye

TLC fame Lisa Lopes left us in a tragic car accident in 2002. She was 30 when she met a deadly car crash in La Ceiba. It was reported that she was filming a documentary on spirituality and her journey to natural healing.

While Lisa Lopes’ death may seem a clear case of a car accident, many people relate her death to a dark conspiracy. People have a belief that Lisa Lopes was murdered because she was to tell the world more about Dr. Sebi’s legacy.

The sense of conspiracy also deepens because the other seven passengers survived with minor injuries but Lisa Lopes was seriously injured to death. Moreover, this car accident happened shortly after a meeting with Dr. Sebi.

Some reports claim that Lisa Lopes’s assistant killed a 10-year-old boy in an accident and Lisa Lopes was the passenger in this vehicle. Lisa Lopes paid medical and funeral expenses and gave the child’s family $925. This unfortunate incident has never been reported to the police – the source said.

Some believe that the left eye death was a revenge killing because just a week earlier she had a boy accident. There is no evidence to substantiate the claim though.

Her accident was documented in her documentary “the last days of a left eye”.

No one exactly knows what happened to the left eye in the car crash that caused her death but others managed to survive.

The Death of Micheal Jackson

Before his death, he was reported to have an addiction to alcohol and painkillers. He tried to overcome his addiction through various treatment methods. MJ also took resorts on Dr. Sebi treatment. Dr. Sebi treated him with his most advanced herbs and cleansing methods. He was feeling much better during his natural treatment.

He then quit the natural remedy without completing the course of treatment. Later, he was found dead and multiple conspiracy theories rose in the air. Conrad Murrey was booked for killing MJ by the police officials. It was reported that his doctor overdosed him with anesthetic propofol which caused MJ’s death.

According to officials, Dr. Sebi caught terminal pneumonia in jail in 2016. He died of pneumonia during the transit to a hospital. The official statement visualizes the open and shut case of Dr. Sebi demise.

But the picture you have been visualized can be easily questioned. Many people sense deep foul play in Dr Sebi Death. The enigmatic death of Dr. Sebi raises some fundamental questions.

First of all, Dr. Sebi was a very knowledgeable person about diseases. He dealt with thousands of pneumonia cases his entire life and he knew how it feels to be a pneumonia patient and how to deal with it.

Let’s imagine that if he caught pneumonia, he would have told the police officials about his situation in the initial days. With proper treatment, Dr. Sebi would have easily survived.

Why did the police officials wait so long to take him to the hospital? Why did Dr. Sebi not get immediate & proper care in the jail?

We all know that Dr. Sebi was a big Pharma enemy.  There can be a situation where Dr. Sebi might have been killed in jail and to show the world they drafted a hospital and pneumonia drama.

No one knows the reality but we can’t rule out the situations. Dr. Sebi daughter and his wife however deny any foul play in Dr. Sebi death. While Dr. Sebi fans believe that he died under dubious circumstances and there’s a need to independently investigate the case.

The world has witnessed another suspicious death when Nipsey Hussle was gunned down in front of his clothing store. According to some news sources, he has been fatally shot at least 10 times leading to the death of a hip-hop star.

But, why has he been killed?

No one exactly knows why this incident took place but there are some conspiracy theories out there to explain.

The very first but the most important theory is he was filming Dr. Sebi’s documentary which aims at revealing the legacy of Dr. Sebi. Nipsey Hussle openly supported the work of Dr. Sebi. Followers of Nipsey view this tragic gunshot as a pure conspiracy against the singer. They have a strong belief that the Dr. Sebi Documentary led to the shooting of Nipsey Hussle.

While in police record Nipsey Hussle was gunned down in a gang war by Eric Holder. If we are to believe prosecutors’ arguments – Nipsey Hussle described the Eric holder as a snitcher so he got tempered and shot down Nipsey Hussle. Some news sources claim that Nipsey Hussle’s last word aggravated the situation to worsen. Nipsey Hussle’s final words were “You shot me, you got me, I’m good,”.

All the stars were highly inspired by the work of Dr. Sebi and wanted to promote his legacy. Lisa Lopes openly talked good things about Dr. Sebi treatment while Nipsey Hussle filming Dr. Sebi documentary named ” Strong Enemies”. Dr. Sebi’s work attracted many enemies to him from government authorities to big pharma giants.

There is a very good chance of foul play in the death of all celebrities. We are still demanding an unbiased investigation of all deaths from independent authorities.

Next post Fibroids: Can We Safely Use Herbs For Fibroids?
0 Shares